Realme XT becomes the third quad-camera Smartphone that the company has launched in India within a month. It stands out in the crowd with a camera of 64 MP and a Super Amoled screen. The device has been launched a few weeks prior to the Redmi Note 8 on September 13.

Earlier, the company launched Realme 5 and 5 Pro, both of which did well in the market. But, Realme XT is having a much faster in-display finger scanner and a slightly bigger display. It is expected to revolutionize the market with its mind-blowing camera quality. 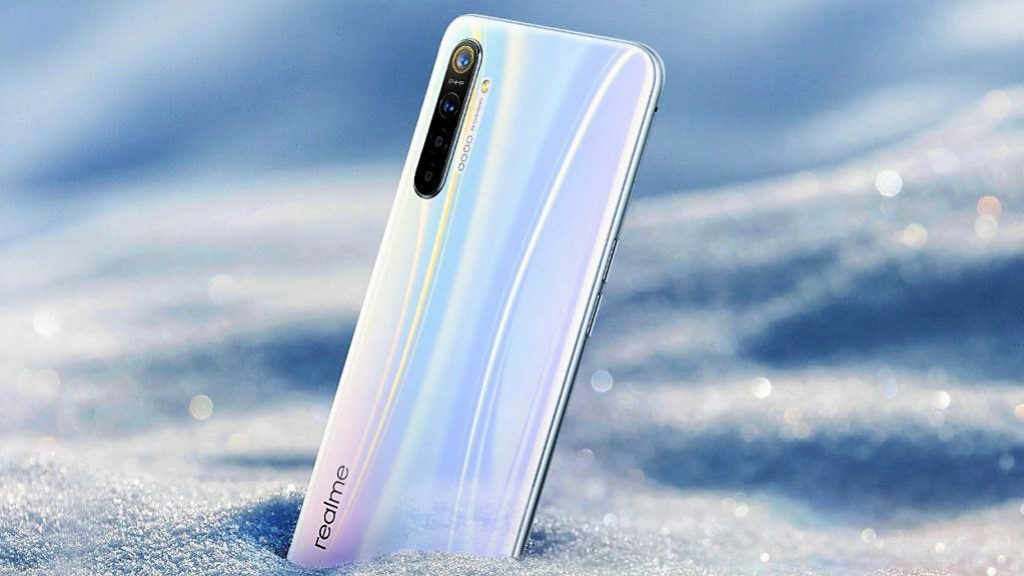 The Realme XT is one of the best mid-range smartphones in India. But, it will compete with the upcoming Smartphone of Xiomi. Redmi Note 8 is all set to launch in a few weeks, and it will give tough competition to Realme XT. That being said, Realme XT would be tough to compete with as it is a full package of exciting features. You can get great discount on electronics items online using Croma offers

Talking about the display of the device, Realme XT supports a 16.26 cm (6.4 inch) Full HD Super AMOLED OLED display and a 19.5:9 aspect ratio. It has a water drop-shaped notch for the front camera and an under-display fingerprint scanner as well.

The device has elegant looks and a brilliant finish at the back. Talking about the colours of the device, it comes in two colors, Pearl Blue and Pearl White. Both of the colors give the device a fine finish and an attractive look.

Realme XT has become the first Smartphone in the world that comes with a 64 MP camera. It is a deal-breaker and the most exciting feature of the device. This is not all; it is a quad-camera phone. There is an 8 MP camera for an ultra-wide-angle shot, a sensor of 2 MP with a macro lens, and an additional 2 MP depth sensor. It is also having a rear LED flashlight.

The device comes with a secondary camera of 16 MP with F2.0 aperture. Realme X had a pop-up selfie camera, but there is a hidden camera as a water drop-shaped notch. The camera of the device is pretty impressive. With Redmi Note 8 on the way, it would be interesting to see who wins the race.

The camera being the most exciting feature of the device is exceptionally good and lets you take pictures from various prospective. It is a big plus point for a mid-range device.

Realme has done a pretty amazing job with the processor considering the fact that it is a camera-centric device. The device comes with a Qualcomm Snapdragon 712 processor. It is a faster version of Snapdragon 710.

With a RAM of 4, 6, and 8 GB, it would be a blast for gaming fans. Popular games like PUBG Mobile will run smoothly in the device. Considering the fact that it is not a gaming-centric device, it is a steal at this price range.

Talking about the battery of the device, it comes with a 4000 mAh battery. It supports VOOC 3.0 charging. It has a dedicated 3.5mm headphone port.

Moving to the sensors in the device, it has a proximity sensor, magnetic induction, light sensor, acceleration sensor, and Pedometer. It has a multi-touch display and the ColorOS 6.0.1 user interface.

With the launch of Realme XT as a mid-range device, customers will have a budget-friendly option to go with. The most amazing feature of the device is the camera. Being the first Smartphone in the world with 64 MP camera, the price is nothing. It has taken the concept of a camera in Smartphone to new heights, and customers are excited to try it. Other than this, the processor of the device is quite impressive. With a Qualcomm Snapdragon 712 processor, it will be a blast for all the gamers out there. You can get latest free job alert updates from fresh hiring.

If you are thinking of purchasing a mid-range Smartphone with a bundle of amazing features, this is the one for you. With its launch in India on September 13, we can expect the flash sale on the online stores soon. You can purchase the phone from Flipkart. It is a device worth purchasing because it has got a lot to offer at such an amazing price. All in all, the Realme XT is a steal and can compete with any Smartphone in the same price range.

P.S. if you are interested in getting a smart watch along with Realme XT then here is the great article on – Smartwatch Buyer’s Guide: Smart watches and luxury smart watches

Improve Your Essay Writing Skills with these Incredible Tips

How to Use Guest Posting Effectively to Increase Your Traffic