More Facebook Followers! Some digital and social media marketers are only driven by this desire. But is it that important? Do more Facebook likes really have such a huge impact?

Back in 2007 when Facebook launched “Fan Page”, the answer to these questions was yes. At that time, Facebook was a utopia for marketers. Each business could create its own Facebook Page and send out content to every single follower, however, only using organic reach. But time changed and so did Facebook.

Facebook grew. Immensely. This growth lead to the issue that Facebook users where overloaded with content. Users got around 1,500 stories a day from friends and Business Pages. Facebook’s algorithm decreased this number down to 300 stories a day. This affected businesses in the following way:

At this rate, organic reach is bound to drop even further as Marshall Mason estimated:

Organic reach of the content brands published in Facebook is destined to hit zero. It’s only a matter of time.

Should Companies Still Use Facebook Likes as a Metrics?

Some companies already expressed their dissatisfaction about the decline of the organic reach. One extreme example is Eat24. In an open breakup letter, the company announced its withdrawal from Facebook in 2014. Eat24 said goodbye to over 70,000 Facebook followers. By doing this, they achieved a big success. App installs increased by 75% within the following week after the breakup. Eat24 has also been investing in ads but the company was not willing to follow all Facebook requirements and modifications, especially the downgrading of the organic reach. 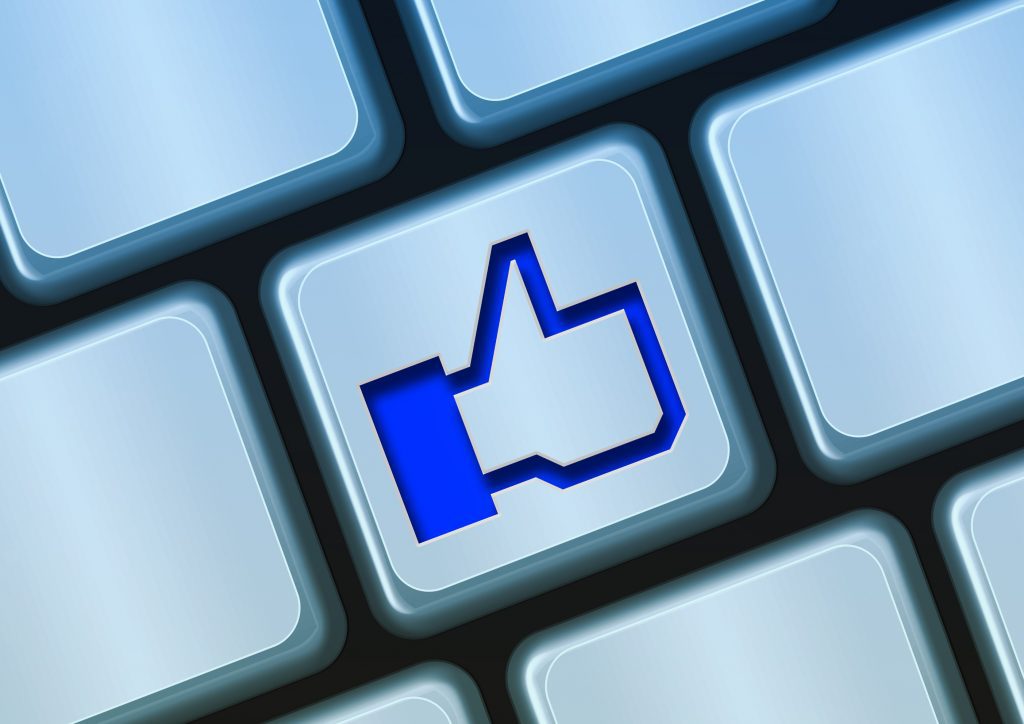 At the moment, there are only a few companies like Eat24 which left Facebook and were able to stay competitive. Facebook is still the largest social network. It provides a unique communication platform to all who are willing and able to use it. As Zephoria reports, Facebook has 1.79 billion monthly active users and 1.18 billion people who log onto Facebook daily (2016).

Facebook as a network is too big to ignore but it is necessary to understand that it’s not for free. Only through payed ads can businesses reach their existing fans and also communicate effectively with non-fans. It provides a platform on which businesses can target all kind of users based on specific data Facebook has collected on them. The fact that nearly all possible customers are active on Facebook and can be reached is the main reason why businesses should continue to use the network.

Due to the fact that businesses should keep Facebook as a communication platform there is still the question of the importance of Facebook followers. As the organic reach is going to hit the bottom line, only payed ads will provide businesses the opportunity to stay in contact with fans.

Therefore, which is more advantageous, to pay reach existing followers or spend money to communicate with non-followers? Matthew Barby answered this question when he analysed the impact of generating more likes on his own food blog. He summarized his result on LinkedIn:

I’ve found that once I bring in a new fan to my Facebook page, it’s becoming more and more difficult to reach them. Whilst they engage more than non-fans, I have to spend twice as much just to get my content in front of them in the first place. (2015)

As a result, it becomes more difficult and more expensive to acquire new followers and to subsequently reach one´s followers.

Due to the fact that the organic reach is decreasing and that it has become more difficult and expensive to reach existing fans, the importance of Facebook Page Likes drops. In the future, marketers should focus instead on generating conversation and engagement than to collect Page Likes. Only engagement provides the opportunity to turn Facebook users into customers and real-world fans.

How to automate social media with IFTTT